Shenyang has classic northeastern Chinese cuisine. Traditional meals in the region are: suan cai (also called Chinese sauerkraut), stewed chicken and mushroom, and meat pie. Korean food, such as rice cake and cold noodle, is a part of Shenyangers’ diet as there is a sizable Korean population in the city. Also, the cuisine in Shenyang was influenced by Manchu food because of the governance of Manchus in the past. The famous one is Manchu Han Imperial Feast.

Making Laobian Dumplings needs delicate seasonings and sophisticated cooking skills to work together, which bring unique features to the dumpling dish. Except being steamed and boiled, Laobian dumpling can be baked or fried. 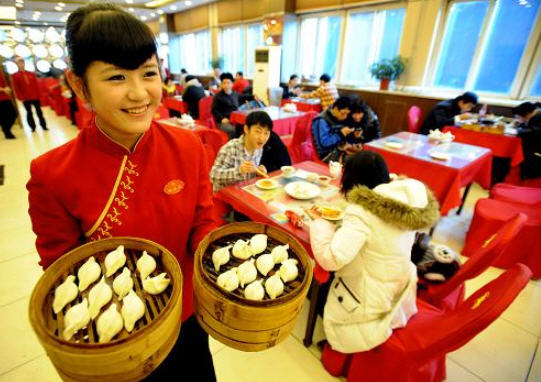 Suan cai is a traditional Chinese cuisine, especially in Northern China. Generally, the cabbage is dipped into boiling water, and then put in a container with cold water with salt. This is accomplished by placing a heavy weight such as a large rock on the top of the cover of the container so that the Chinese cabbage inside the container can be fermented. Suan Cai is often cooked with pork. It is said to neutralize the grease of meat.