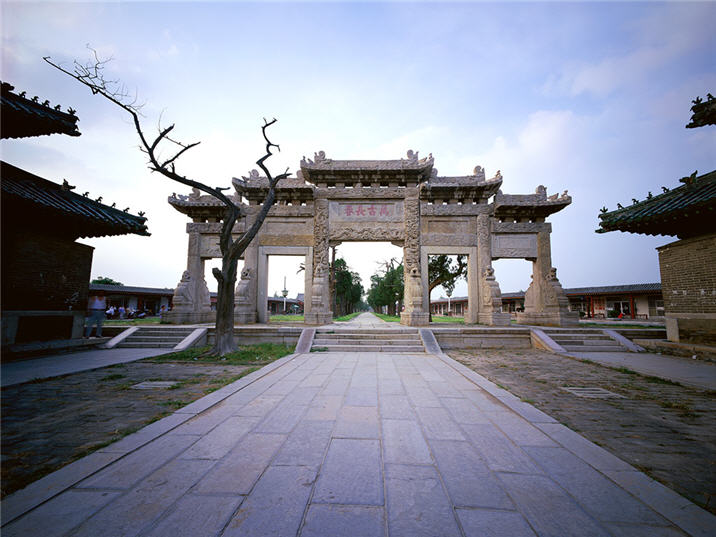 In 1331 construction work began on the wall and gate of the Cemetery of Confucius. In total, the cemetery has undergone 13 renovations and extensions. Eventually, by the late 18th century, the perimeter wall reached a length of 7.5 kilometers, enclosing an area of 3.6 square kilometers. But the Cemetery of Confucius suffered serious damage in November 1966, during the Cultural Revolution.

Confucius' own tomb lies in the center, with a sacred way some 1,266 meters long. The surrounding towering ancient trees form a natural arboretum. It has been used for about 2,500 years. Since Confucius' descendants were conferred noble titles and were given imperial princesses as wives, many of the tombs in the cemetery show the status symbols of noblemen. Tombstones came in use during the Han Dynasty, today, there are about 3,600 tombstones dating from the Song, Yuan, Ming and Qing dynasties still standing in the cemetery.