The Kong Family Mansion is located closely to the east of the Temple of Confucius to which it had been formerly connected. The layout of the mansion is traditionally Chinese style and separates official spaces in the style of a Yamen in the front of the complex from the residential quarters in the rear. Besides the Yamen and the inner quarters, the Kong Family Mansion complex also contains an eastern and a western study as well as a back garden. Within this overall arrangement, the spatial distribution of the buildings in the light of seniority, gender, and status of their inhabitants reflects the Confucian principle of order and hierarchy. 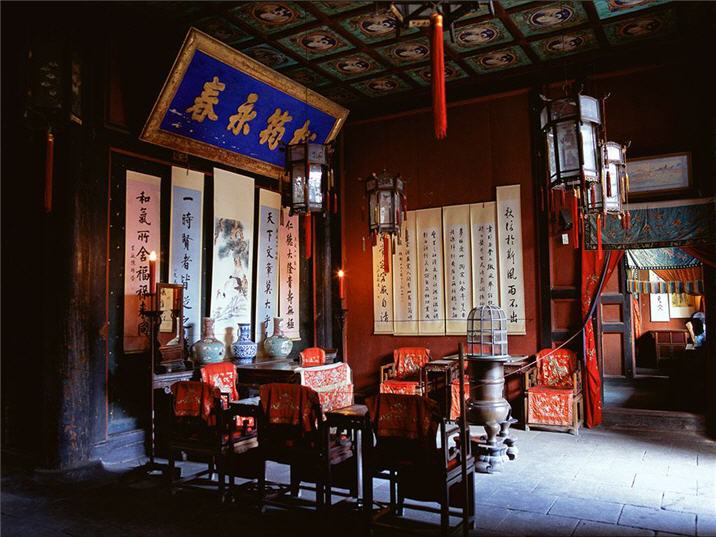 The Kong Family Mansion boasts luxury furnishings, exquisite decorations, and precious cultural relics. Calligraphies of the emperors, royal poetries, books, royal instruments … almost everything were bestowed to Confucius and his descendants by the emperors of past dynasties in order to show their honors to them. And Confucius’ descendants had got into the habit of collecting the ancient relics to enrich the relics collection.