The 22nd Beijing International Book Fair kicked off at the New China International Exhibition Center in Beijing on Aug 26. This five-day event will last until Aug 30.

The fair attracted 2,302 publishers from 82 countries, including the United States, France and Japan. The United Arab Emirates is the guest of honor at this year's event. The number of overseas participants to join the fair has risen 6.3 percent year-on-year. A total of 270,000 titles are displayed in five halls, covering an area of 66,000 square meters.

During the fair, a series of writers' events will be held, including a writers' night, Literature Salon, and Sino-Swedish poets' exchanges, along with a China-India writer's forum. 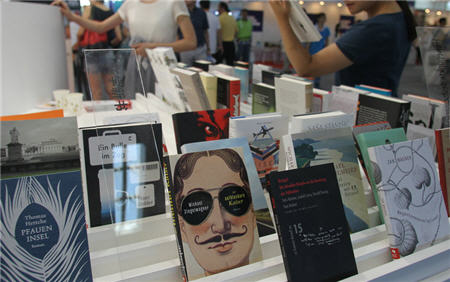