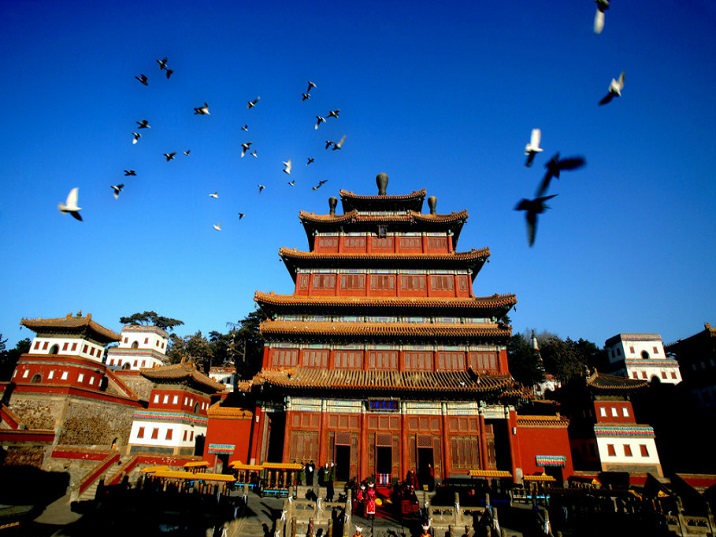 The Eight Outer Temples were originally constructed in 1713 during the reign of Emperor Kangxi in the Qing Dynasty and completed in 1780 after 67 years’ effort. When visiting the Eight Outer Temples, you might think that you have stepped into a Buddha’s’ country. You must be impressed by its grand appearance and delicate architectures. The architecture was mainly built in 3 styles: Tibetan style, Han style and the combination of these two styles. Although every temple has its own individuality, the overall pattern is a harmonious unity.

Of the 12 temples, the Boshan Temple, Guang’an Temple and Kuixing Attic have been destroyed and no longer exist. While the Puyou Temple and Luohan Hall have experienced serious damage and only several sections left. Only 7 temples are well-preserved and 6 of them are open to the public—Putuo Zongcheng Temple, Puning Temple, Xumifushou Temple, Pule Temple, Anyuan Temple and Puyou Temple radiating its unique luster.