Mount Yuelu is located on the west bank of Xiangjiang River and lies in the west of Changsha City, Hunan province. The highest point of the main peak of Mount Yuelu is not very high, only about 300 meters. Mount Yuelu is well-known for many scenic spots, including the Qingfeng Gorge, the Aiwan Pavilion, the Yunlu Palace and the Flying Stone.

The Qingfeng Gorge lies in the low area between the Yuelu Academy and the Lushan Temple. It holds the Aiwan Pavilion, one of four famous pavilions in ancient China, the Sheli Tower, and the tombs of Huang Xing (Huang Hsing) and Cai E (Tsai E). 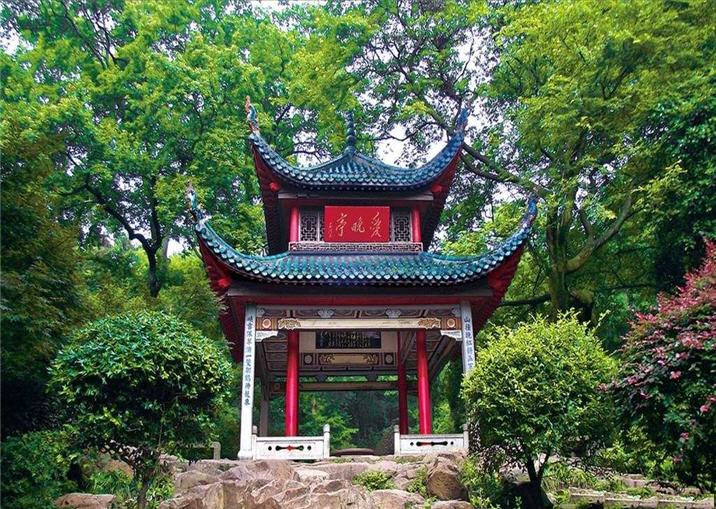 The Aiwan Pavilion and was built in 1792. Its original name is Red Leaf Pavilion, later changed based on a poem by Du Mu, a famous poet in ancient China. Mao Zedong once played and studied here and the remaining tablet was written by Mao Zedong in the 1950s. The Aiwan Pavilion is supported by four red poles. There is a tablet with the poem, "Qinyuanchun, Changsha" written by Mao Zedong. Lushan Temple is located on the side of the mountain. It was built in A.D.268 and later destroyed and rebuilt several times. It was last rebuilt in the 1980s.