Share this itinerary with your friend:
Xiamen Essence with Hakka Villages In-depth - 5Days 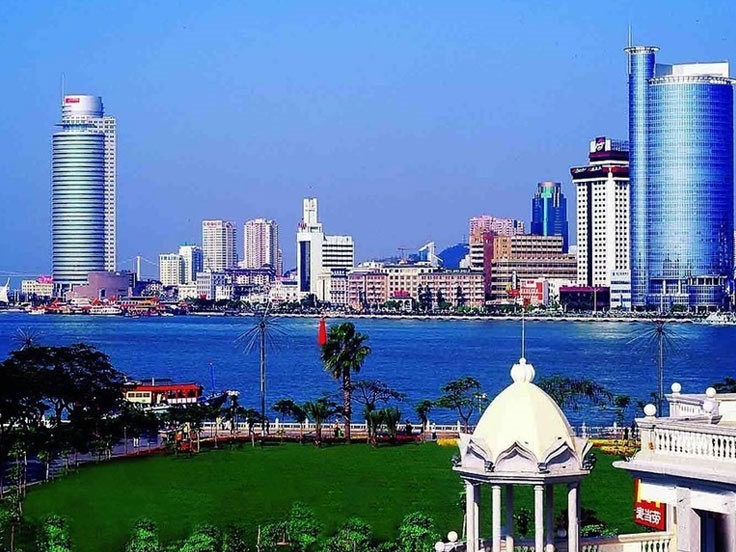 good! (0 reviews)
Xiamen - Yongding - Xiamen
Explore the essence of Xiamen, the city that connects China to the rest of the world, and see with your own eye the ancient dwellings since Ming and Qing Dynasties in Peitian.
Request a quote Welcome to Xiamen! Upon arrival, head to Bailuzhou Park to ease your mood as a splendid Xiamen tour is right ahead of you.

With a fresh wind in your face, the sun on your skin and a beautiful landscape to take a look at, head towards the Island Ring Road, recognized as one of the 20 most famous scenic spots in China.

After breakfast transfer to take a short ferry ride away from Xiamen to the Gulangyu Island, whose name which literally means 'drum wave islet', derived from the gentle, persistent, pounding of the waves on its shores.

A 19th-century enclave for the Westerners, Gulangyu boasts plenty of Victorian-style buildings on the islet, among which the Shuzhuang Garden, as well as the only Piano Museum in China -- Stroll the streets of Gulangyu, you can often hear classical music being played, not surprising, given that you can find one piano in every five homes here.

After lunch you'll sample another highlight of Xiamen, the Nan Pu Tuo Temple, whose origins can be traced back to the Tang Dynasty, although reconstruction had taken place before its restoration. Located with its back to a hill and facing the clear blue sea, the temple site is a fengshui master's dream.

Follow up next you'll tour the Xiamen University campus, a condominium-like estate that is said to be one of the most beautiful campuses in China, which was set up in 1921 by the philanthropist Tan Kah Kee.

When night falls, pace the Zhongshan Road, the paradise for shoppers.

After breakfast 3.5 hours' car ride to the Hongkeng Hakka Tulou Village, a self-contained tulou wonderland in Yongding County, which affords you an opportunity to explore a few earthen roundhouses and a cultural museum and spend the night in an earthen building. Among those Tulou clusters you'll find the 'Prince of Earthen Buildings' the Zhencheng Mansion, 'Mini' ones like Rusheng Mansion, 'Palace-like' Quiju Mansion, and other Tulous in all forms and shapes as well. Car transfer around 1.5 hours to Longyan for a good night's sleep.

Today hit the road towards Petian. After 2.5 hours comes in front of your eyes the Peitian Ancient Village, where you'll see with your own eye the ancient dwellings since Ming and Qing Dynasties. The ancient architectural complex here consists of 30 grand mansions, 21 ancient ancestral temples, six ancient Chinese schools, two memorial arches and a 1000-meter-long ancient street of cobblestones and two rivers which run through the village. Another 4 hours' drive and you'll reach Xiamen for dinner.

- All meals as specified in the itinerary

- Transfers by private vehicle per the itinerary with English-speaking guides

- All domestic flights, taxes and fuel surcharge & trains as specified

- International Airfares or Train Tickets to enter or leave China

- Any expenses of personal nature for e.g. telephone calls, laundry, excessive luggage charge, porterage or any other services not mentioned above

- Gratuities for guides, drivers and porters.