The Shanghai Natural History Museum newly opened on April 19, 2015. It is one of the largest museums of natural sciences in China.

The museum was established in 1956 in the former Shanghai Cotton Exchange Building, a classical British structure built in 1923. It was located at East Yan'an Road in Huangpu District. Then, it was moved to Jing'an Sculpture Park in 2014. The construction of the new museum is completed this year. 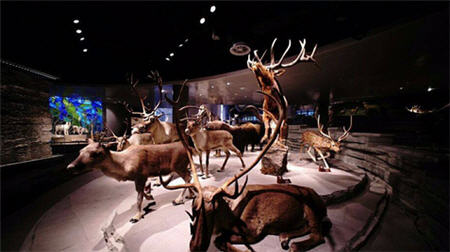 With an area of 45,000 square meters, the new museum has 5 floors which owns a collection of near 290,000 samples. There are also rare specimens that only could be found in China, such as Yellow River mammoth, giant salamander, giant panda, and Yangtze Alligator.