Emperors in the Liao Dynasty sincerely believed in Buddhism, so they built many monasteries. The Huayan Temple was originally the ancestral temple of the imperial family, offering sacrifices for emperors of the Liao Dynasty. Until now, it is the largest and best preserved one in China. 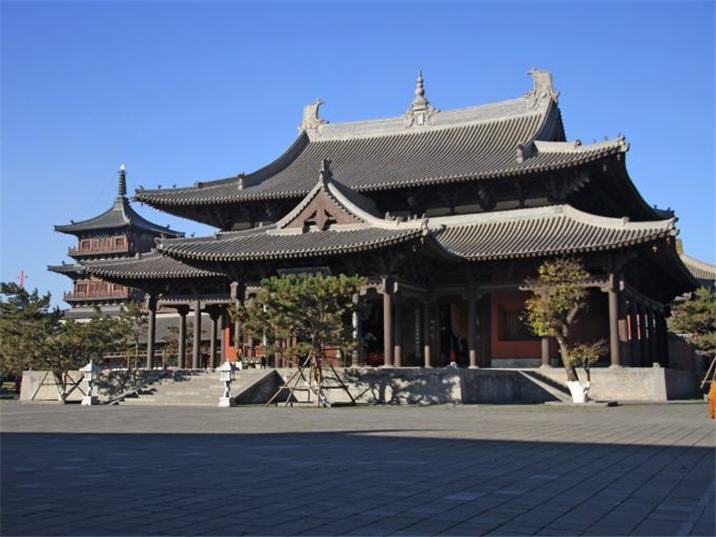 Now, the upper and lower monasteries are connected together, but each has a main hall. The main hall of the upper monastery is the Hall of Sakyamuni. It was initially built during the Liao Dynasty and renovated during the Jin Dynasty (1115 - 1234). In the middle of the hall, there are five sculptures standing in a row at the bottom of a lotus flower. There are many color paintings on the wall depicting the stories of Buddha. The total area of the well-preserved color frescos is as large as 890 square meters (about 0.2 acres), which is rarely seen in China. On the top of the hall are color paintings painted from the Ming Dynasty and Qing Dynasty (1644 - 1911), which are portray dragons, cranes, flowers, all of which are images often found in Chinese legends on Buddhism.

The Lower Monastery is relatively small and simple. Its main hall is the Bhagavad Sutra Hall in which the renowned sutra is well kept. The wooden library containing the Buddhist scriptures is exquisitely and elaborately designed. There are thirty-one sculptures in the hall. Among them, a Bodhisattva with a prayer pose is the most famous.

Transportation: You could take bus Line 4 to the Huayan Temple