Yuan Ming Yuan park brings the royal tradition of ice skating into the present. Despite freezing temperatures, crowds gathered early in the morning to get a glimpse. The imperial concubine appears as the climax of the event. Prized as a jewel by the emperor, her elegant routine becomes the icing on the cake for the show. The different colored uniforms represented different divisions of the imperial army, known as the eight banners. Some of them even showed off some special moves. 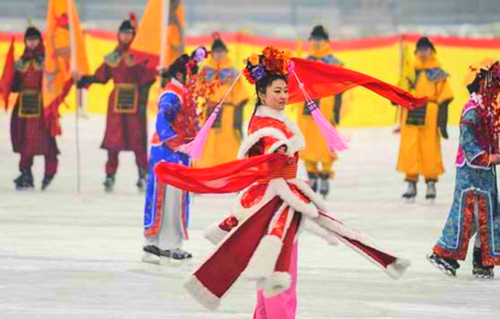 As the formations shift and move, viewers find themselves easily captivated by the experience that takes them back to the Qing Dynasty. The formation was performed by about 60 men, but there’s also feminine touch. 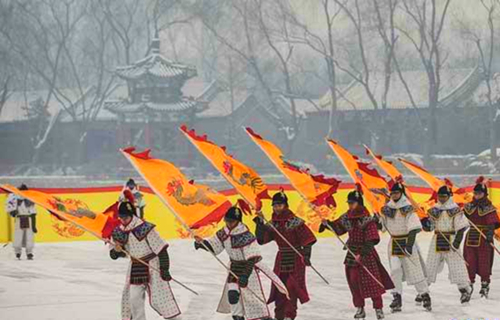