Chinese archaeologists are now carrying out new series of excavations along the Silk Road in the Taklamakan Desert, northwest of China' s Xinjiang Uygur Autonomous Region. Archaeologists have recently found a large number of ancient buildings and Buddhist relics in the Damagou area of the desert.

Taklamakan is the largest desert in China. Measuring 330,000 square kilometers, it's a scene of endless sand. But buried under this vast desert are relics of the Silk Road, one of the greatest commercial routes in history that linked the east and west. 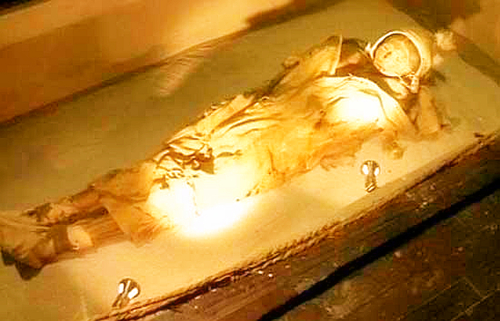 As far back in 1896, Swedish explorer Sven Hedin made a surprising discovery at the oasis town of Dandan Oilik, in the heart of the Taklimakan Desert. Then Aurel Stein, another explorer known as a pioneer of the Silk Road, stayed there for two weeks, and found the remains of another 18 residential houses and identified some temples. He also found documents from the Tang and Han dynasties. In 1910, ten years after Loulan was found, a local hunter discovered a tomb near a creek 175 kilometers away from Loulan. Half a century later, in 1979, a female corpse dating back nearly 4,000 years was discovered in Loulan. The corpse was well preserved, and nicknamed the "Beauty of Loulan".

The discoveries at the Taklamakan Desert tell us a prosperous history is buried under the biggest desert of China. Who knows what other revealing discoveries can be expected there next, let's wait and see.