This winter, 28,264 birds from 43 species had been tracked arriving at the Chongming Dongtan Nature Reserve, treating it either as a brief stopover during migration or as a winter base. 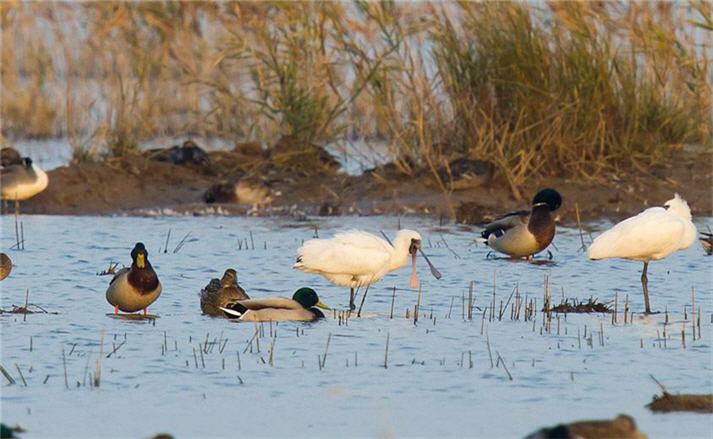 Located about 70 kilometers to the north of Shanghai, Chongming is China's third-largest island, after Taiwan and Hainan. The Chongming Dongtan Nature Reserve is an important avian habitat on an island in the Yangtze River estuary.

An increasing number of migratory birds, including some species on the endangered list, such as hooded cranes, common cranes, whistling swans and rare Chinese mergansers that had long disappeared from the region, have shown up on the wetland.