The exhibition, Treasures from Chopin's Country: Polish art from the 15th-20th centuries is on shown at the National Museum of China in Beijing from Feb 7 to May 10.

With an area of 1,800 sq meters, the exhibition is the first large-scale presentation of Polish art to be seen in China, according to the museum’s website. It features approximately 350 artworks – sculptures, paintings, artistic crafts, weaponry, medals and posters dating from the 15th to 20th centuries. They are from collections at the National Museum in Warsaw and Poland’s other large museums. 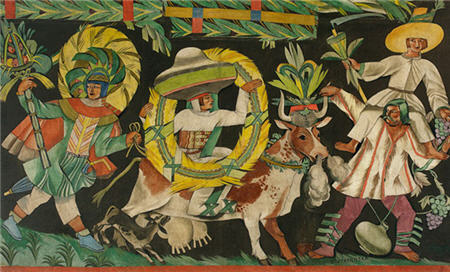 The exhibit is divided into several sections: medieval art (15th century), traditional Polish art (16th-18th centuries), art during the loss of independence and the fall of the Polish state (late 18th century), art as "the kingdom of the spirit” in the period of oppression (19th century), art of the "Young Poland" period (turn of the 20th century) and modern art (20th century).