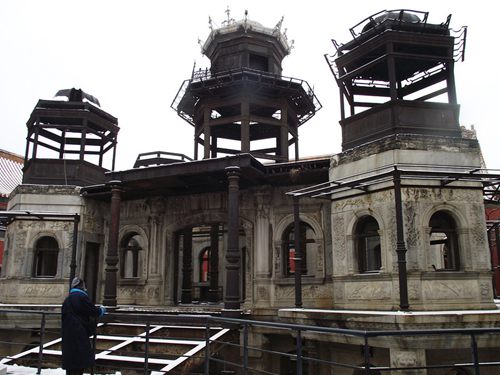 The Hall of Water is known under another popular moniker as the "crystal palace". It was built on a white marble base, with cast iron and glass walls and floors. The buildings inside the hall combine Chinese and Western style, which are incompatible with a Chinese architectural complex. The hall was intended that by its completion, water would be filled into a well surrounding the hall, so that people inside the pavilion could view swimming fish through the transparent glass.