New Cableway to Run in Mount Huashan of Shaanxi Province

On 1 April, 2013, a new 4,211-meter cableway was put into trial operation after four years' construction. The cableway leads to the west peak of Mount Huashan, which is called one of the Five Great Mountains in China. 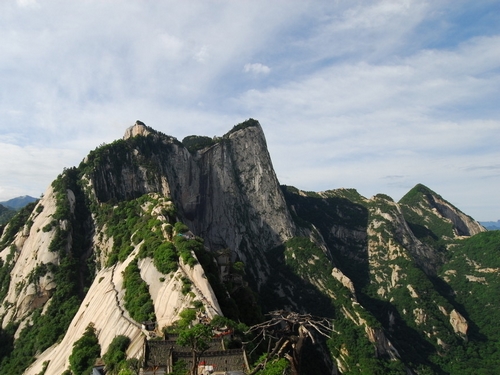 Mount Huashan is one of the most attractive tourist destinations around Xi’ an, capital city of Northwestern China's Shaanxi Province. There are two cableways on Mount Huashan so far, one to the west peak and another to the north peak. The old cableway to the north peak was used to be the only one in Mount Huangshan Scenic Area during the last 17 years.

The new cableway would greatly convenient tourists who travel to Mount Huashan. From now tourists could get to the mountain top by the cableway.