Mount Wutai, located in Shanxi Province, is the highest mountain in northern China and is remarkable for its morphology characterized by precipitous sides with five open treeless peaks. Temples were built on the site from the first century AD to the early 20th century.

The cultural landscape features 53 monasteries and includes the East Main Hall of Foguang Temple, a structure that was built in 857 during the Tang Dynasty (618-917) and is one of the oldest wooden buildings in China. It also features the Ming Dynasty (1368-1644) Shuxiang Temple with a huge complex of 500 statues representing Buddhist stories woven into three dimensional pictures of mountains and water.

The structures on the site represent a catalogue of the way Buddhist architecture developed and influenced palace building in China for more than one millennium. 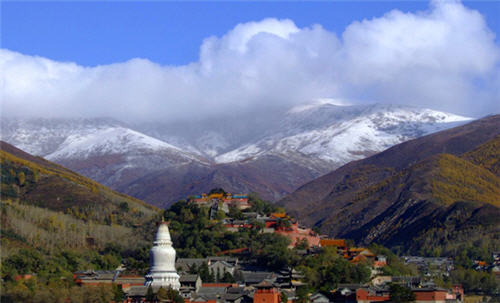