The atmosphere in China's northeastern city of Harbin is heating up with the arrival of 47 artists from seven countries to take part in the three day Harbin International Ice Carving Competition.

For the gifted ice carvers, ice is a beautiful medium to work with, and the chilly winter offers plenty of inspiration. A variety of tools including chainsaws, ice shovels, electric drills and even household irons have been put to good use. 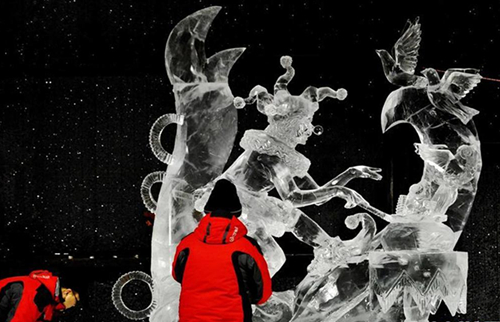 The competition attracts visitors from around the globe, especially from tropical countries. Although in northern places like Harbin and Russia, ice is an abundant resource, for those living near the equator, it's a scarce and precious material. Organizers from Harbin's Foreign Affairs Office announced the city's ice carving festival has been bringing talent to China from all over the world for 27 years.

Harbin, one of China's coldest cities, is home to massive ice sculptures that have been created for a special winter festival that attracts millions of visitors every year. Ice sculptures made by the contestants will be on display until the end of January.