The first relic museum in North China's Shanxi province opened to the public recently, exhibiting the largest site for buried chariots excavated from China's Western Zhou Dynasty (11th Century to 771 B.C.). The museum is the first of its kind to demonstrate Jin culture in a comprehensive way. 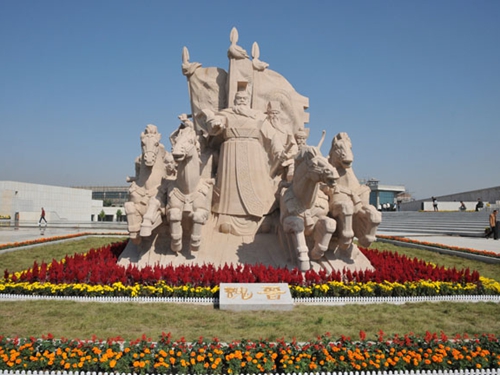 The museum includes findings at the site excavated since the 1970s, such as 19 tombs of early marquises and their wives. Apart from the tombs, it also showcases buried chariots, including the biggest chariot pits from the Western Zhou dynasty, and over 12,000 valuable cultural relics.

The museum is housed at the historic site of Qucun-Tianma in the southern part of Shanxi. The location features the royal tombs of the Marquis of Jin State, which dates back to around 3,000 years ago.