The Capital Museum in Beijing holds a special exhibition at present to mark Beijing’s 3060-year-old city history. The newly-open free exhibition displays over 40 items of the antiques of Yan Kingdom in ancient China.

As an international metropolis, Beijing combines the modern lifestyles with the historic sites together. Beijing first took shape during the Shang Dynasty (16th-11th century BC) and later became the capital city of Yan Kingdom in 1,045 B.C. During the 800-year of Yan Kingdom, it formed a splendid urban civilization.

Hundreds of ancient cultural relics with about 10 thousand antiques of pre-Qin period are discovered from Beijing. The abundant cultural heritages are the precious wealth of the city nowadays. 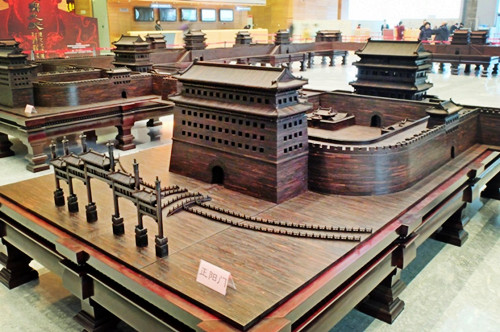 Since a long time ago, Beijing has been the political and cultural center of China. It is well-known that Beijing was the capital of five dynasties including the Yuan, Ming and Qing. The emperors of these dynasties left many grand traditional architecture and delicate works of art.

The exhibition will end on July 19.