A documentary on Terracotta Warriors, co-filmed by Britain's Lion Television and China Hong Kong's Phoenix Television, recently won the "Best Public Presentation of Archaeology" award from the "British Archaeological Awards 2014". The award winners were announced at a ceremony in the British Museum on July 14. 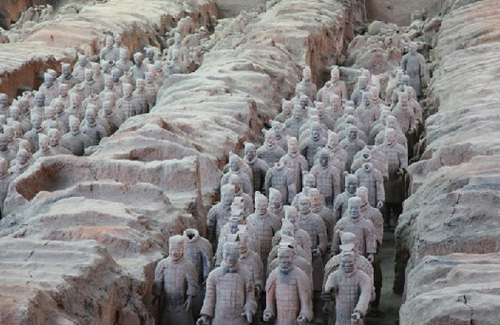 The story is based on research by a team from the UCL (University College London）Institute of Archaeology, in collaboration with colleagues from the Emperor Qin Shihuang's Mausoleum Site Museum in China.

This documentary has exclusive access to the latest discoveries. Among the many new findings, the film reveals the true extent of the site and number of warriors and that the weapons carried by the warriors were full military grade, rather than replicas.