Part of a full-size replica of the Yuanmingyuan is about to be built in Hengdian, east China's Zhejiang Province, some 1,000 kilometers from the real Beijing landmark.

The Yuanmingyuan, known as Old Summer Palace (the Gardens of Perfect Brightness), is a complex of pavilions and gardens built in Qing Dynasty. It was ransacked by British and French troops in 1860, and again by an allied force including troops from the United States, Russia and Britain in 1900. 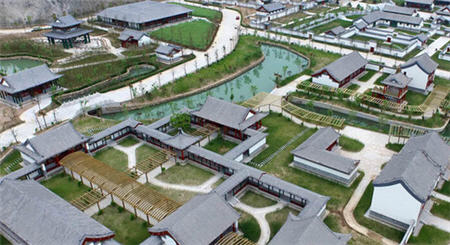 Covering more than 400 hectares in Hengdian Township, the replica should be completed in 2016, Xu Wenrong, who is in charge of its construction, told Xinhua. The four parts will replicate 95 percent of the architecture in the Old Summer Palace.

Hengdian Township is being developed into a giant film set and tourist attraction by the Hengdian Group. The group has already found great economic success building replicas of the Forbidden City and the Tian'anmen Gate Tower.

The Yuanmingyuan project, however, faced fierce criticism when it was announced in 2008. Yuanmingyuan authorities said "a full-size replica is neither possible nor tolerable".