The Bird's Nest will host a snow festival from December 22th to February 24th 2013. The snow festival will witness the debut of Snow White from Disneyland.

Fifteen activities will be held in the Bird's Nest, including skiing and snowboarding. In the field, snow games are held. People can enjoy snow loops, snow island adventures, snow motorbikes, chocolate house and more than twenty interactive games. A center stage is set for performances.

The Bird's Nest, formerly known as the National Stadium of China, was the main track and field stadium for the 2008 Summer Olympics and hosted to the Opening and Closing ceremonies. 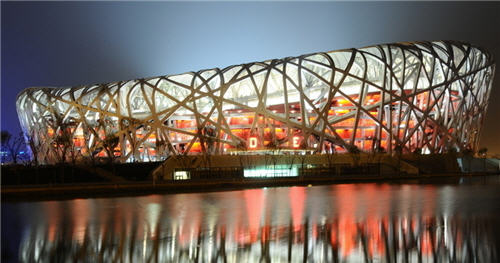