3D film to be shown at Mogao Caves

A 3D film is expected to be performed on August at the Mogao Caves outside Dunhuang, northwest China's Gansu province. The project, carried out by Dunhuang Academy, takes two-to-three thousand high-definition images of the Buddhist murals in each cave and merges them into the 3D film. Visitors can enjoy areas of the caves usually off limits to the public. 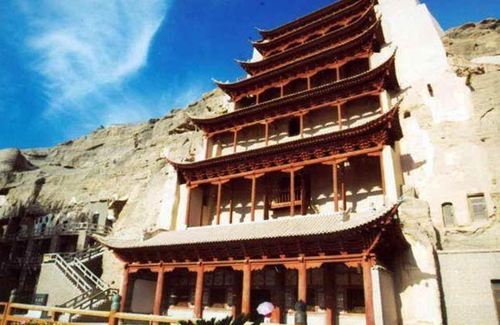 The project aims to take Dunhuang's art to various regions; to places in China beyond Gansu and beyond China, to an international audience. The new dome theater at the Mogao Caves will open officially to the public in August of this year.