This 30.3 kilometer subway line links the northern Jimei District to the southern downtown area. It takes about 50 minutes to pass through all 24 stations built along the new line. The line runs through several famous sightseeing spots such as Jimei Study Village and Zhongshan Road. There is a stop at Xiamen North Rail Station, making this line the gate of Xiamen city towards those coming by train. 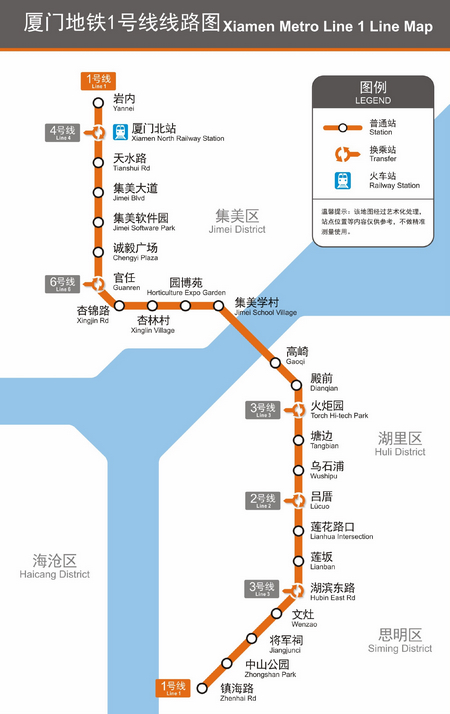