The Third Liu Sanjie Cultural and Tourism Festival was opened in Yizhou, southwest China's Guangxi Zhuang Autonomous Region in October. The event is scheduled to be held till 10th November to show the charm of this folk song singer. Yizhou is believed to be the hometown of Liu Sanjie, a famous legendary folk song singer.

Nine activities including folk songs competition, folk custom shows is planned during the one-month event. Tourists can enjoy the folk songs from China’s southwest region while appreciate the picturesque landscapes of the area.

Liu Sanjie (the third sister of the Liu family) is a legend of the Zhuang people. Zhuang is one of the 56 ethnic groups in China and is second only to the Han people. Liu Sanjie is bright with a beautiful voice. People admire her as a folk song fairy, and set the third day of March to memorize her. 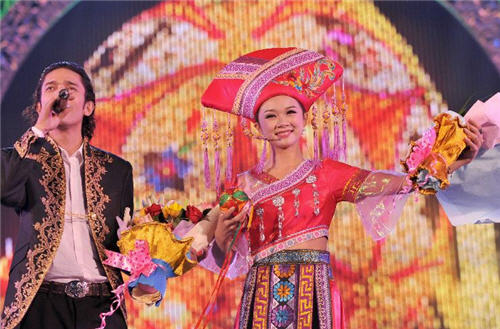