Temple fairs for the Year of the Rooster to kick off 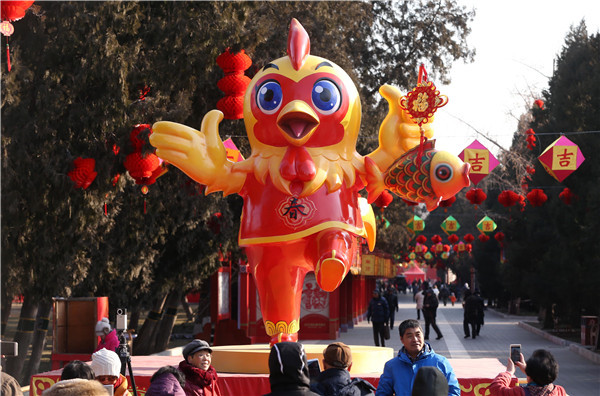 Temple fairs in Beijing have a very long history, dating back to around 1000 AD. The tradition of a temple fair (called ‘Miao Hui’ in Chinese) began as groups of vendors started doing business near Buddhist and Taoist temples as many pilgrims came to pay tribute to the gods during traditional festivals.

Nowadays, all kinds of folk Performances and booths demonstrating and selling traditional arts and crafts are found in Beijing's traditional temple fairs. Meanwhile, visitors can taste numerous kinds of local snacks and other dishes.