This year marks the 1,055th anniversary of Mazu's birth, the Chinese goddess of the sea who is said to protect seafarers. Worshipers from around the world have gathered in coastal China for grand celebrations. Devotees from Taiwan, Hong Kong, Macao and Southeast Asian nations held ceremonies for worship of Mazu.

According to the Chinese legend, Mazu was born in 960 during Song Dynasty. Lin Moniang (Mazu) was said to predict futures and kindly help others solve problems. After her death, she was remembered to protect seafarers such as fishermen and sailors. One of the reasons why Mazu get so many followers is that Mazu stands for Chinese traditional virtues and lofty realm of spirit. Worship of Mazu began from then on, lasting over a century. 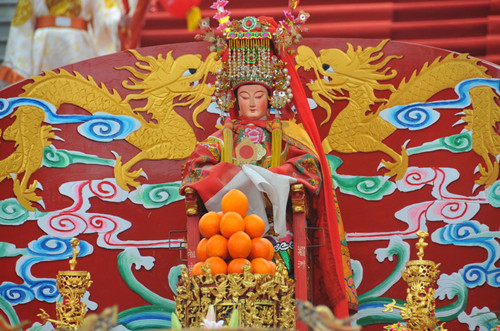 Nowadays Mazu is widely worshiped in the coastal regions of China and there are lots of temples enshrined Mazu to accept people's respect in over 20 countries and regions. Millions of people pray for good luck and safety every year in those temples.

Putian in Fujian Province, as the birthplace of Mazu, held a grand ceremony attracting more than 1000 worshipers. People performed a variety of local music and traditional dances to owe respect to Mazu on May 11. In Shenzhen Mazu’s followers burnt incense towers at Tianhou (Empress of Heaven) Temple as a special activity to commemorate the goddess’s birthday. 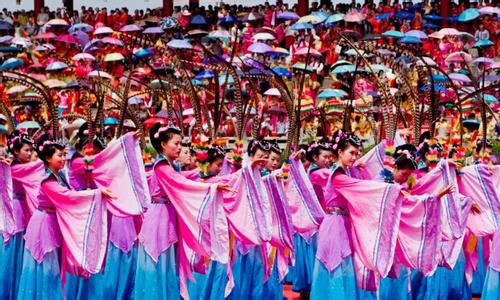