The International Shaolin Martial Arts Festival kicked off on 19, Oct in Henan province. This year's event will run 5 days which includes participants from 60 different countries and regions.

The opening ceremony had 10-thousand athletes performing martial arts in unison outside the famous Shaolin Temple.

Shaolin Temple is located in the region of Song Mountain of Henan Province. Included on UNESCO's World Cultural and Natural Heritage List in 2010, the temple is the cradle of the Chinese Zen Buddhism and the Shaolin Martial Arts such as Shaolin Cudgel. 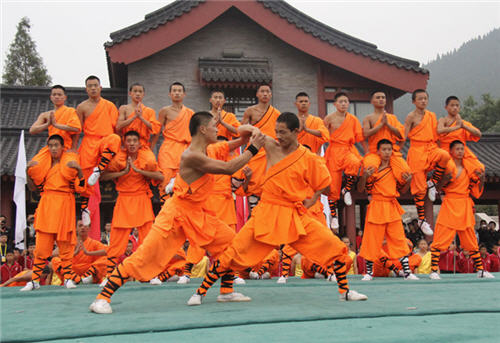