The show, Dynastic Paintings and Calligraphy in the Palace Museum Collection, reopens in the Hall of Martial Valor (Wuyingdian) in Beijing's Palace Museum after winter pause. There are a new series of exhibitions on display at this show.

68 ancient treasures ranging from 1800 years ago to the Qing Dynasty are exposed to the public in the following two months until June 29. Exhibits are carefully chosen to be representative to indicate times change throughout Chinese history. 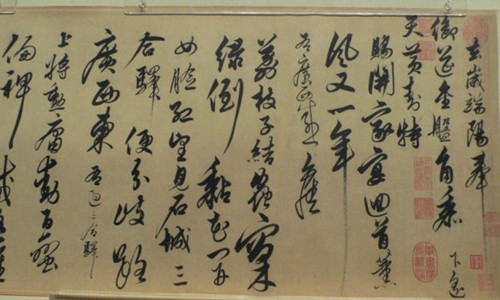 The highlight of the calligraphy exhibits displayed is the 7th-century facsimile of Lanting Xu (Preface to the Poems Composed at the Orchid Pavilion). The original one is a classic masterpiece but nobody knows its whereabouts. Its original artist Wang Xizhi is well-known as the Sage of Calligraphy and tremendously influence later generations.

Enthusiasts are expected to appreciate different styles of ancient artworks and learn much about Chinese traditional cultures.

The Palace Museum also known as the Forbidden City, was China's royal palace from 1420 to 1911, and thus has many imperial collections. The Hall of Martial Valor was once burnt down in Qing Dynasty and later rebuilt. Since repaired in 2005, it is used as a hall of painting and calligraphy. 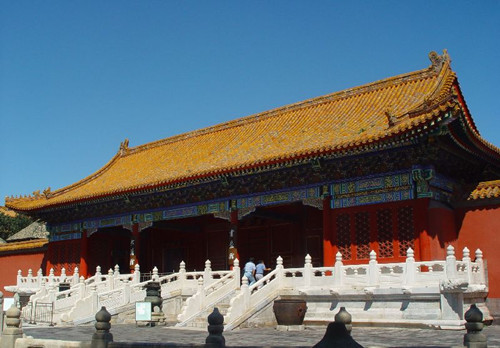