On September 21, tourists at the Forbidden City pleasantly found nine sika deer in the garden of Palace of Compassion and Tranquility. These nine sika deer, coming from Chengde Mountain Resort, were selected from more than 300 family members of royal deer.

Nine royal deer - two males, five females and two cubs - are planed to go on public display in Beijing until the end of next February. To better promote its cultural relics and historic architecture, the Forbidden City has introduced animals and plants related to the royal life. 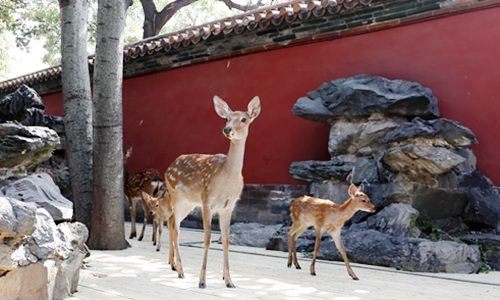