The fair which opened on January 4 with a dynamic opening ceremony featuring a traditional lion-and-dragon dance, gives guests an exclusive opportunity to explore the magic of Beijing. Activities include lessons on the ancient arts of paper-cutting and creating figures, as well as painting and creating clay figurines and Beijing opera masks. Dozens of delicate drawings on display feature captions giving an overall description of natural scenery, local customs, cultural charm and the international vision of Beijing. In conjunction with the event, the ICN TV Network's television program, "Glamorous Beijing," will be introduced. 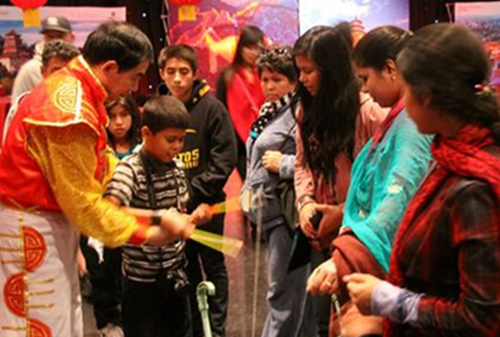 During the vibrant opening event, representatives from the Beijing Municipal Commission of Tourism Development and the Los Angeles Tourism and Convention Board signed an official agreement indicating a new stage of partnership between the two organizations.

This event is more than a display of Beijing, it also represents the beginning of a strong partnership between Beijing and Los Angeles tourism, and is another positive step in growing tourism between the leading gateways of China and the U.S.