The Forbidden City, also known as the Palace Museum, will be closed on Monday afternoons as a formal long-term policy from April 1, 2013.

The official implementation of half-day closure will start on April 1, except public holidays and Mondays during the summer months of July and August. The museum will open on Mondays from 8:30 am to noon. Ticket sales will stop at 11:00 a.m, and ticket checking will stop at 11:10 am. 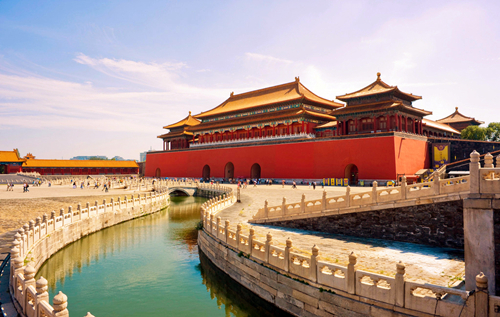 Launched earlier this year, the one afternoon-off per week has been used for checking and renovating cultural relics and facilities. Historic and cultural heritage artifacts, as well as several of the ancient buildings, will undergo maintenance and repair when the museum is closed.

Meanwhile, to ensure the safety of cultural relics during the upcoming Tomb Sweeping Day holiday, visitors at the Imperial Garden will be divided into two lines and guided on a route from the south to the north.