On 8 August, a ceremony in honor of Confucius was held at Dujiangyan Confucian Temple in Chengdu, Sichuan Province. 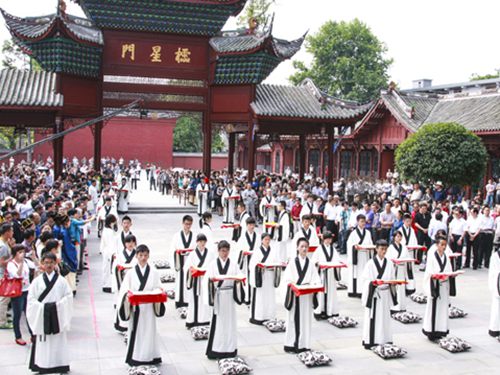 The ceremony followed tradition as laid down in ancient writings. Performances involving music, song, dance and rituals, were held in strict accordance with Confucian culture. Displays of archery, calligraphy and art were also on show and drew a wide range of audiences.