The world's cycling elite are gathering in northwest China's Qinghai province to pedal their way to glory in the Tour of Qinghai Lake. Across 13 stages, this cycling race takes in some of the most picturesque places in the world. The event will be conducted over a 14-day period from June 29 to 12 July 2012.

The total distance of the tour is 2680km, including race distance 1867km, parade riding 12.3km and transfer 801km. The maximum altitude during the race is about 3865m, while the minimum is about 1225m above sea level. A total of 154 riders from 22 teams are competing in this "highest" cycle race in the world.

The stages of the 2012 race, hosted by 15 cities and towns, will go through Qinghai Province, Gansu Province and Ningxia Hui Autonomous Region. 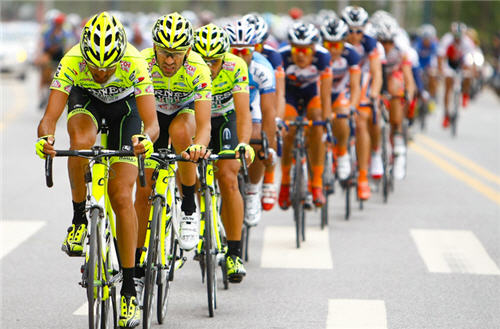