The 2013 China Qixi Festival (Chinese Valentine's Day) fell on Tuesday, August 11. Young couples celebrated the day in all parts of China. In Shanxi Taiyuan, a needle competition was held to celebrate the day. More than 30 Young women wore traditional Han robes (hanfu) from the Han Dynasty and shown their needlework. 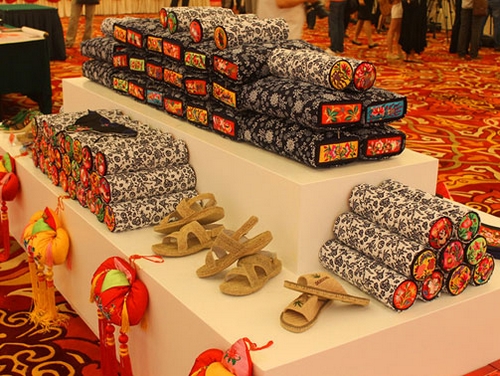 Each year, Qixi Festival falls on July 7 of the Chinese lunar calendar. In ancient times, women on Qixi gather to show their needlework and see who is the most diligent, so the festival is also called Qiqiao (means hoping to be diligent) Festival in Chinese.