China's National Museum, 2nd most visited museum in the world

Based on the statistics published by travel institutions like the Themed Entertainment Association, drew up a bucket list of the “Top 20 most popular museums around the world”, in which the Louvre in France, National Museum of China, and National Museum of Natural History in Washington seized the top three spots, respectively. 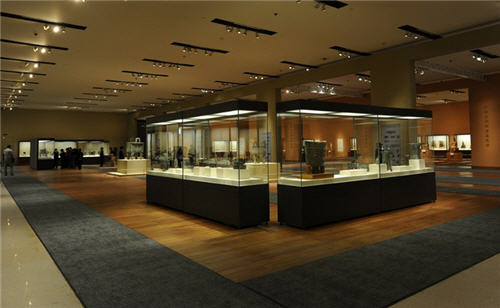 Apart from the National Museum, China has other two candidates that made the list: The National Palace Museum in Taipei (10th) and the Shanghai Science & Technology Museum (13th). Furthermore, with an area of 195,000 square meters, China's National Museum in Beijing is the biggest museum in the world.

According to the report, museums in Europe are still the most visited, with nine of them making the final list, while the US has six in the ranking and Asia has five. Three cities – London, Washington and Paris - hold the richest number of museum resources, with 5, 4 and 3 museums, respectively, on the top 20 most visited museums list.