As the best season for appreciating lotus, Beihai Park embraces various kinds of lotuses. Potted lotus and water lilies are among the most popular ones. Floating along the lake on a boat to view the expansive lotus scene is a lure that tourists in Beijing never want to miss.

Once a place where Emperors in Ming and Qing dynasties came to view the lotus scene each July when the flower is in full bloom, the park now holds a ritual intimating the emperor's outing for lotus watching.

Besides, customs and snacks of the Dragon Boat Festival are provided during the Lotus Festival, adding cultural flavor to the festival atmosphere. 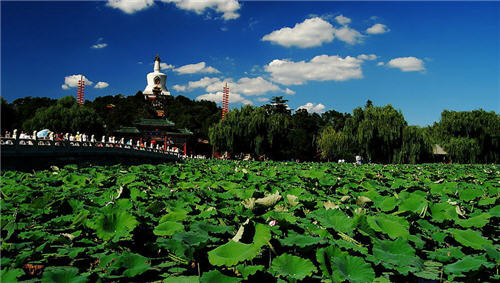