Another Karst Landform in Guizhou added to World Heritage List 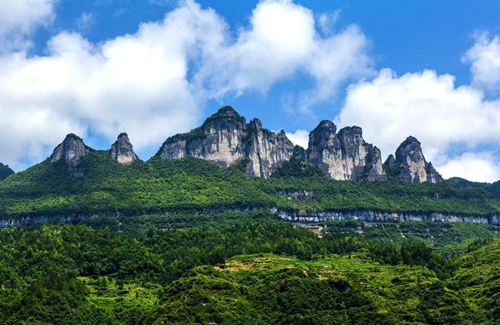 Shibing's Karst obtained the nomination for the second batch of the South China Karst World Natural Heritage in 2012 along with the Karst area in Guilin and Huangjiang of the Guangxi Zhuang Autonomous Region, and the Jinfo Mountain Karst in Chongqing.

Shibing's Karst Landform has always been regarded as an excellent type of the world's tropical and subtropical dolomite Karst. On the basis of ancient dolomite 570 million years ago, it develops into a typical gorge Karst.