There will be 70 performances by dancers from 10 countries, such as Russia, Turkey, and Serbia, all from the ancient Silk Road coming together in a cultural melting pot. The festival will also host master classes as well as a dance and art fair which runs until August 5.

Confucius, it seems, is not just food for philosophical thought, but for dance inspiration. The China National Opera and Dance Drama Theater will bring their large-scale drama about the time-honored political theorist to Xinjiang's stage. 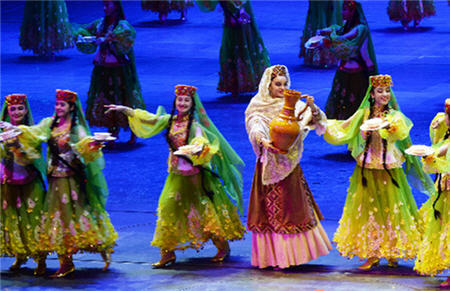 But he is not the only legendary Chinese figure depicted. The Taiyuan Dance Troupe from Shanxi province will present a dance drama about Guanyin, the Buddhist goddess of mercy. Meanwhile, local troupes from Xinjiang will depict native folk sagas through dance.

The festival will close with the Arabian epic 'One Thousand and One Nights', performed by The National Ballet of Belarus, this following their 'Giselle', often regarded as the epitome of Romantic Ballet.