On Sept, 2014, the traditional Fight Kite activity could be seen on the bank of the Lhasa River in Lhasa, capital of southwest China's Tibet Autonomous Region. It has been a tradition for Kite lovers in Lhasa to "fight kites" since ancient time. 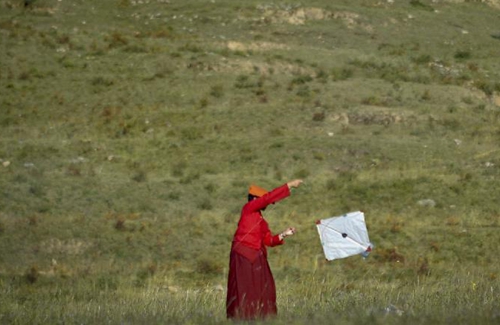 Trying to pilot kites in aerial combat, participants have to make an effort to outmaneuver or disable an opponent's kite in some way. The "kite fighting" in Lhasa was listed as China's national intangible culture heritage in 2006.