Tai chi nominated for inclusion in the UNESCO List

China has nominated Tai chi for inclusion in the UNESCO List of Intangible Cultural Heritage, with a final decision to come late this year. The application has been made by Wenxian County in Henan province, the birthplace of Tai chi, since 2006.

"For the past decade, we have collected materials, gathered a lot of masters and experts together to discuss Tai chi culture and tried to restore the centuries-old history of Tai chi," Zheng Aizhen, chairman of the Wenxian committee of the Chinese People's Political Consultative Conference said. "As a precious traditional Chinese legacy, we all have a responsibility to protect it." 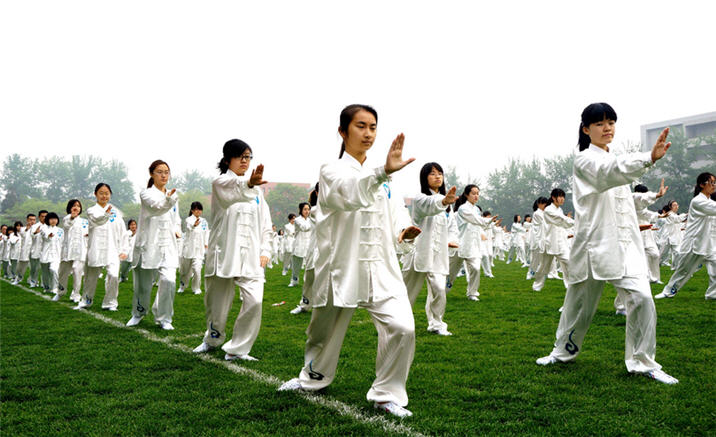 China attempted to get UNESCO status for the martial art in 2008, but the application - one of 35 from China that year - was withdrawn after an evaluation deemed it "too vague", according to a Wall Street Journal report.

Zhu Xianghua, 40, the son of Tai chi master Zhu Tiancai, said he feels a growing duty to protect Tai chi culture. "It is not just a traditional activity; it is deeply rooted in many areas of Chinese culture, such as medicine, aesthetics and mechanics," Zhu said.