Shoton Festival kicks off in Lhasa 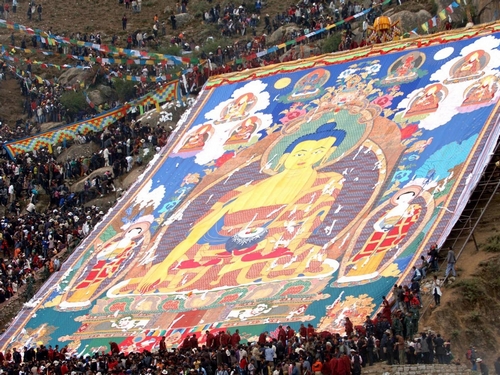 As one of the greatest traditional Tibetan festivals, the Shoton Festival features Tangka, Tibetan opera, yogurt banquets and other traditional activities. There are celebrations in the streets, squares and monasteries in Lhasa. The main part of the celebration activities are centered on the western part of the city of Lhasa in Tibet on the grounds of the palace of the Dalai Lama which is called Norbulingka.