The Yihe Mansions in Nanjing got awarded by UNESCO for its protection of historical buildings in the Asian-Pacific region on Dec, 22. This is the only awarded project in China this year.

Yihe Road in Nanjing has the largest number of Minguo-era buildings. The structures feature a strong Minguo style, and have high historical value. The Yihe Mansions have 26 historical buildings built between 1920-1930, including former residences of some famous figures from the Minguo era (the Minguo era began with the downfall of the Qing dynasty in 1912 and ended with the establishment of the People's Republic of China in 1949). 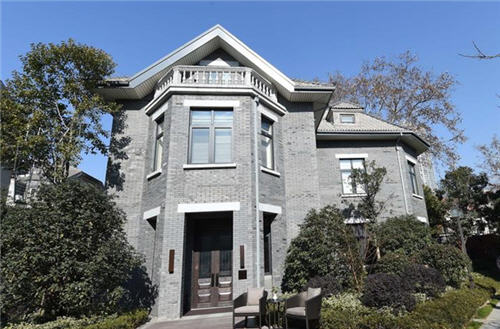 The old buildings here used to be badly damaged and in need of repair. Since Nanjing launched the program of protecting historical Minguo architecture in 2006, the old buildings around Yihe Road have been renovated and their protection has been strengthened.

Now the Yihe Mansions around Yihe Road have been mostly transformed to boutique hotels which provide visitors a cultural experience. Nine buildings are open to the public, showcasing costumes, food culture, books and Kun opera from the Minguo era.