The 6th Chinese Tianjin Mazu Goddess Cultural Tourism Festival will be held in Tianjin at Binhai Tourism Area on 27 and 28 September with the theme of popularizing Mazu Culture and building a harmonious society.

The festival activities will include worship, theatrical performances and the inauguration ceremony of a Mazu statue, which at 42.3 meters high, is the world's tallest one. It is expected that the festival will attract more than 2,500 visitors from Taiwan, Hong Kong and Macao.

Mazu was named after a woman in the Song Dynasty (960-1279) who forecast the weather at sea and was later deified as a goddess of the sea. 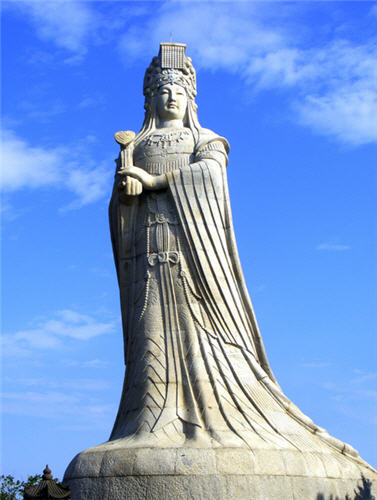