On 30, August 2013, the "Love of Sailing" wedding show was staged in Tianjin Binhai New Area, marking the first event of its kind on an aircraft carrier. So far, this particular aircraft carrier is the only one in the world that can host a wedding ceremony for civilian people. 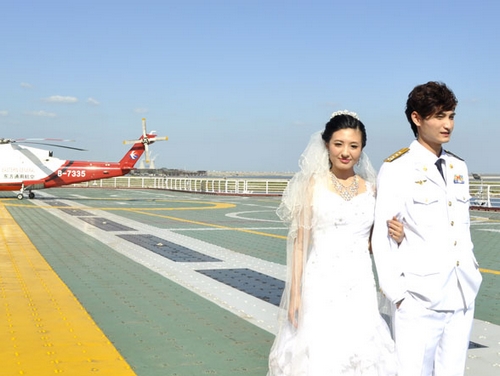 The highlight for this show is the helicopter flight. New couples could ride in the helicopter from the carrier's deck and tour around the Tianjin Port. The aircraft carrier Kiev, which rests in the Tianjin Binhai Aircraft Carrier Theme Park, is a retired Soviet-era warship. The carrier is 273 meters long and 53 meters wide.