Starting from June 23, a new art project that collects and blends individual emotions expressed in social media will be on display at the National Aquatic Center (Water Cube). The exhibition is themed on how netizens express themselves on any given day. Computer will be used to analyze symbols and translate them into color, speed and rhythm. The project is a piece of conceptual art rather than a mere light show 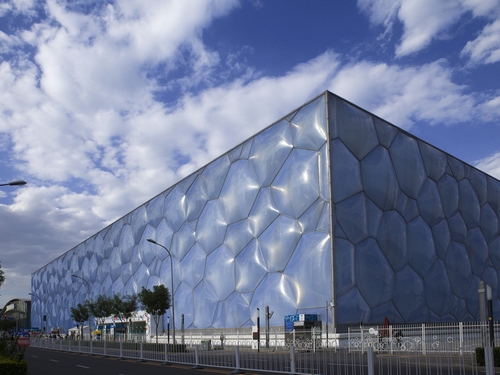 Water Cube was initially built to hold events during the 2008 Beijing Olympic Games, this time it will be illuminated by a LED light. The outer appearance will change daily with the help of computer analysis.