Until April 8, a late Shang Dynasty relic exhibition is on show at National Museum of China. Exhibits are uncovered from the Yin Ruins, including bronze wares, jade pieces and bone objects from the tombs of high-ranking royal testimony to the magnificent civilization of the Shang Dynasty (c.16th century-11th century BC). 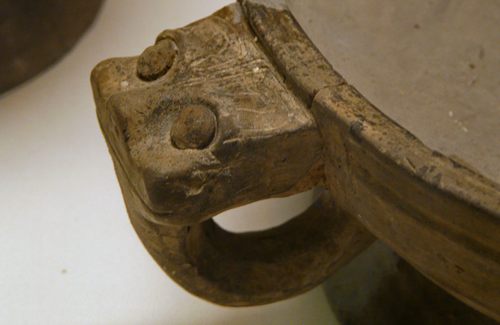 The exhibition hints at the rich social life of Shang dignitaries, including the hierarchy of powers, ceremonies and music, religion and oracle bone scripts. One of China's oldest archaeological sites, Yinxu contains the remains of the city of Yin, which served as the dynasty's capital in its later years. The site occupies about 30 square kilometers in Anyang, Henan province, and only 15 percent of it has been excavated.