The exhibition “Indian Buddhist Art” is on show at Shanghai Museum from 3 Dec, 2014 to 2 Feb, 2015, which gives a glimpse of the rich and diverse cultural heritage of India to the Chinese people.

This is the largest exhibition of Indian Buddhist Art in China till date, which is organized by the Indian Museum, Kolkata (India) in collaboration with the Shanghai Museum. The Exhibition depicts the growth and development of Indian Buddhist Art over a period of 700 years right from 5th Century BC onwards when the Buddha was depicted symbolically as an Empty throne, a pair of footprints and the Bodhi tree to the later time period (1st Century AD onwards) when the art started showing the anthropomorphic representations of the Buddha. 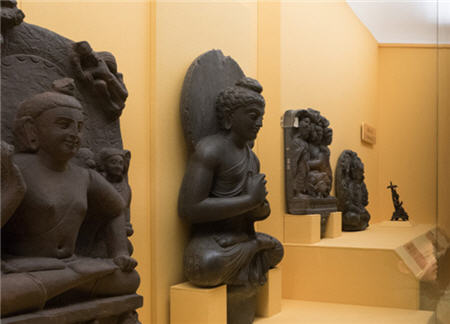