China movie and TV industry is now promoting itself as a movie production base and a tourist attraction. 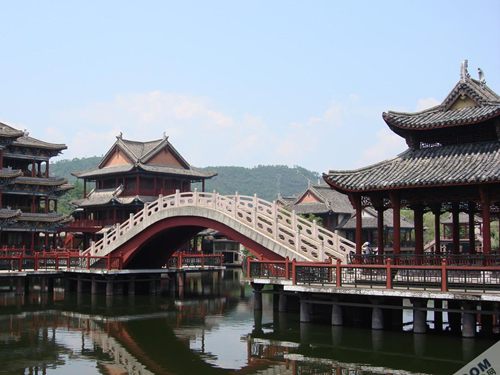 In 2000, the studio took the decision to allow film and TV production companies to use its outdoor scenic locations for free, and the move attracted large numbers of production companies to Hengdian, thus boosting its fame, which in turn made it a top tourist destination for drama enthusiasts. The number of tourists to Hengdian World Studios rose from 10.8 million in 2011 to 11.77 million in 2012.

Other studios have also shown potential in sourcing tourism revenue, such as China Film Group's Huairou studios in the northern suburbs of Beijing. In the past, the travel and leisure activities and services provided by Huairou were low-end recreations, such as fruit-picking and horseback-riding. Starting from two years ago, more and more investors have shown an interest in developing high-end travel and leisure projects there.