After 18 months’ renovating, Deheyuan (Garden of Virtuous Harmony) located in the Summer Palace in Beijing started to open to the public on April 25, 2013. The garden has been restored to the way it was during Qing Dynasty.

Deheyuan was initially built at 1750AD during Qing Dynasty. Empress Dowager Cixi restored it as a royal opera theater complete with delicate designs and exquisite wooden decoration in 1895AD. The three-storey theatre is the biggest ancient theatre and has best-preserved wooden stage in China. Now there are only 4 three-story theaters existed in China. 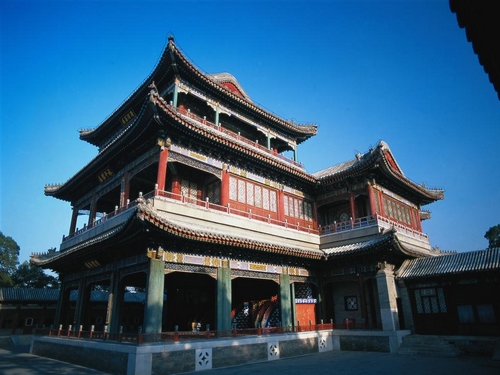 Besides appreciating the stylish design and structure of Deheyuan, tourists could also enjoy operas performed from 9am to 4 pm every day inside Deheyuan.